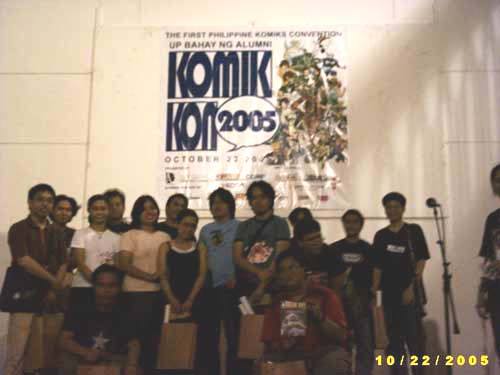 A Place For Komikeros — Komikon at 15

Every year for fifteen years, Komikon has gathered the komiks community to celebrate the unique stories we’ve put on the pages. It’s an entire culture of setting up booths in the early morning at Bayanihan Center, rushing to finish all the copies you’ve got in stock, and eating probably the best food you’ll ever have at a con. At the heart of all this was one unwavering goal that’s been there since its genesis, and that’s been to give our little community an avenue to celebrate komiks, and nothing else. Here, we’re given the special opportunity to see past and present converge, the rich history of komiks honored alongside the discovery of emerging styles and fresh talent.

To help celebrate their anniversary, we’re taking a little history lesson from the Komikon organizers themselves, and what the future looks like for the convention.

1. Everyone knows of the first Komikon, held at UP Bahay ng Alumni, but not everyone knows how it all started. How did your team first conceive of Komikon? What did the first sketches look like? How did your respective backgrounds affect the initiative, and where did they converge and diverge?

The organizers that would make up the roster of the Komikon Committee first met in an artist support group, Artists’ Den. Artists’ Den would meet at least once a week to catch up on things, ask how each other are, and to connect professionally as well as personally. As a group they are often invited to join Pop Culture Events to exhibit and sell their wares. In these events at those times, most often tables set aside for Comics Creators are few and far in between. Oftentimes a group composing of 10 to 15 artists would be crammed together in either one or two tables max. These events also would have comics as part of their event programs but only as a side show never really as a main draw. This would have the members of Artists’ Den contemplate on why there is a lack of events focusing on local comic books. Which would eventually materialize in them organizing one such event, Komikon. These people were from the start made up of six persons, Ariel Atienza, Lyndon Gregorio, Lei Muncal, Sherry Baet, Jon Zamar and Patrick Junko. From 2005 up to present, these are the only people who are members of the Komikon Organizing Committee.

The first Komikon was a true leap of faith. We were wholly inspired by a student org in UP Diliman who hold their own events regularly in the Bahay ng Alumni. Taking cue from their own efforts, the group passed the hat to gather funds to reserve the event venue even without an actual plan. With the venue and date already set, the group would be “forced” to move quickly as there would be only months before the actual event would happen. Fortunately, with most of the committee members being comic artists themselves and members of various comic book communities, the tables were filled up quickly and support from more influential creators would lend credibility and would gather other creators to join the event as well. Having connections to other events also would help in gathering sponsors and other comics-related exhibitors (i.e. retailers, publishers and other like businesses) for the event.

2020 is the 15th year of KOMIKON. Here are some things you need to know about our events and activities over the years….

The first Komikon was based off [of] a template of another Pop Culture Event, but removing other elements and streamlining it to be focused solely on Filipino Komiks. Now others would be quick to say that Komiks would not be enough to be a draw for a lot of people to attend an event. True, we would be one of the events with the fewest foot traffic but we would remain true to our first and only goal. When we started Komikon, it was to provide ample table space for those who would want to sell their comic books, for creators to be finally out of a dark corner in a huge hall filled with other stuff, and to finally be the star in an event that puts Komiks first and foremost. We want the people to attend Komikon, to buy Komiks. And from the beginning that would be our Unique Selling Proposition, a convention all about comics and nothing else. 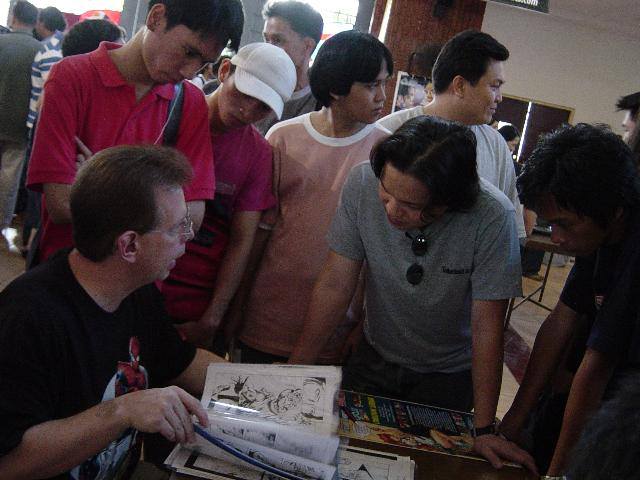 2. The komiks community has grown rapidly in the past decade, and that comes with it radical changes. How did Komikon adapt these past few years? Were there any instances where you had to go back to the drawing board and rethink Komikon?

Komikon remains firmly from that position that it is all about comics, maybe too stubbornly. A lot of others would advise us to add a bit of something to our program to engage more people, to add more foot traffic, to be more financially successful. Through the years we would experiment and add bits and pieces to the program, but once it is deemed more of a distraction to selling rather than promote actual sales for the comics exhibitors it would be scrapped. This includes band performances, celebrity guests, cosplay and other draws that other events have. With the rise of art merchandise sellers, Komikon had to limit and prioritize those with actual comics, those that they own and created, which actually was a point of contention. A lot of would-be exhibitors would accuse Komikon of playing favorites, but what we are actually doing is making sure that Komik would actually still be in Komikon. We would not want to be an event with Komiks in its name but in truth would be nothing more than an art bazaar with a few komiks sellers in some nice tidy corner.

3. How did you know that Komikon had “made it”?

Has Komikon made it? I’m not sure it really ever did. However, we are grateful to all the publishers and creators that chose to exhibit with us. We are ecstatic at every comic book that would be launched at the event. We are excited for the would-be creators that attend the event and be inspired to create their own stories. As long as we are able, the goal remains and Komikon will be a venue for creators and their books. 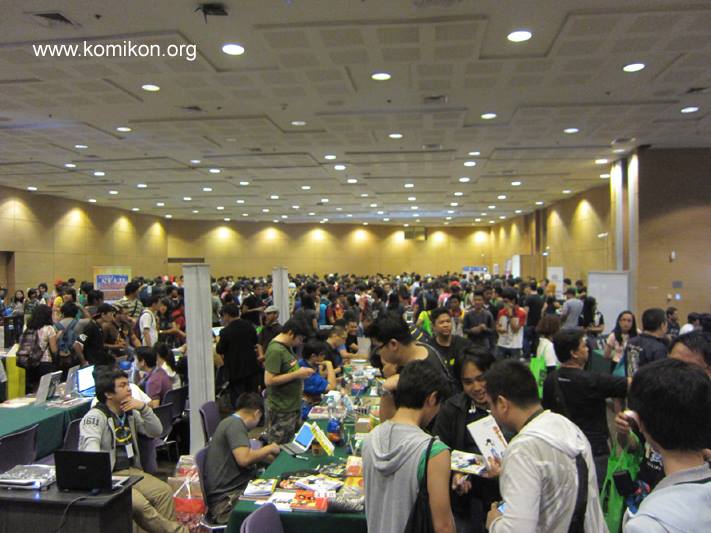 4. Komikon has greatly supported the self-publishing culture of our community. What do you think of that model, as creators yourselves? Did you envision Komikon influencing this, almost even becoming the rule rather than the exception?

The self-publishing culture of modern Filipino comics is more out of necessity rather than choice. With few publishers who are willing to gamble with publishing local books and having a limited slot for such books, creators with stories are left with no other recourse than go the self-publishing route. This practice has been going even before Komikon came into the scene. Notable creators from the 90s have been the one to pioneer this culture and Komikon would just be a venue for selling them.

5. This year, Komikon moved its panels online in lieu of the lockdown. It’s not a substitute for the real thing, of course, but did you learn anything new from that shift? Or was there something about the community that was highlighted during that time?

It is unfortunate that the pandemic happened on the 15th year anniversary of the KOMIKON. It would be bad for us to stop what we have started due to the pandemic. It is fortunate that we have all this technology to connect to a worldwide audience in the comfort of our homes. We decided to have online talks and guests to keep our patrons, supporters and the komiks creators aware of what is happening in the community and be inspired to keep creating. Without actual events, we cannot sell works on hand, but we try our best to promote those who have their works readily available to be read online, or are sold online.

6. How do you envision Komikon for the next five years? Are there big strides you’re planning to take in the near future?

We don’t know what would happen in 5 or so years from now. What happened this year is an example that plans can change.  What we are sure of is that we keep to our goals, to provide a venue for comic artists, promote them and spread awareness of the komiks community.  To keep the beacons lit for Filipino Komiks.