Fear is a powerful weapon, possibly the most powerful weapon any person could have. Though it is imperceptible, what it lacks in physical form it more than makes up on the psychological front. The thing about fear is that it creates holes in our logic which forces us to make bad decisions that affect our life in a way that reverberates through our lifetimes and beyond.  Fear pulls people back, keeps them compliant, and allows them to make up their own monsters to battle as a distraction to the real troubles and monsters that stand in the way.

In the history of fiction, a lot of the most effective monsters are not always all-powerful murderous psychopaths: sometimes they just strike the right kind of fear to enough people. The monster in Biyernes Santo does not harm the children in any way, and yet the atmosphere of dread looms with the potential for inescapable carnage and death, one that allows its readers to flutter about with the implicit knowledge that nobody might come out of this alive.

Written by JP Palabon with the Art done by Chocnut-san, Biyernes Santo is a one-shot comic about a group of kids being terrorized by a particularly evil yet unknown entity on Good Friday, a day which lives in infamy as the day Jesus Christ died. There is a belief that since a god died that day, evil lurks around freely looking to wreak havoc, and this comic provides an example of how that could work in a more modern context.

The comic’s writing builds its terror slowly and economically, with the monster in the story repeating the same words over and over again as a way to escalate the tension of the moment. The repetitiveness comes off as a single-minded focus on its goal to bring chaos and destruction upon this family. Whatever this creature is, it is not human and it will not stop until it gets what it wants. It effectively raises the tension of the situation without sacrificing the quality or the pacing of the story. 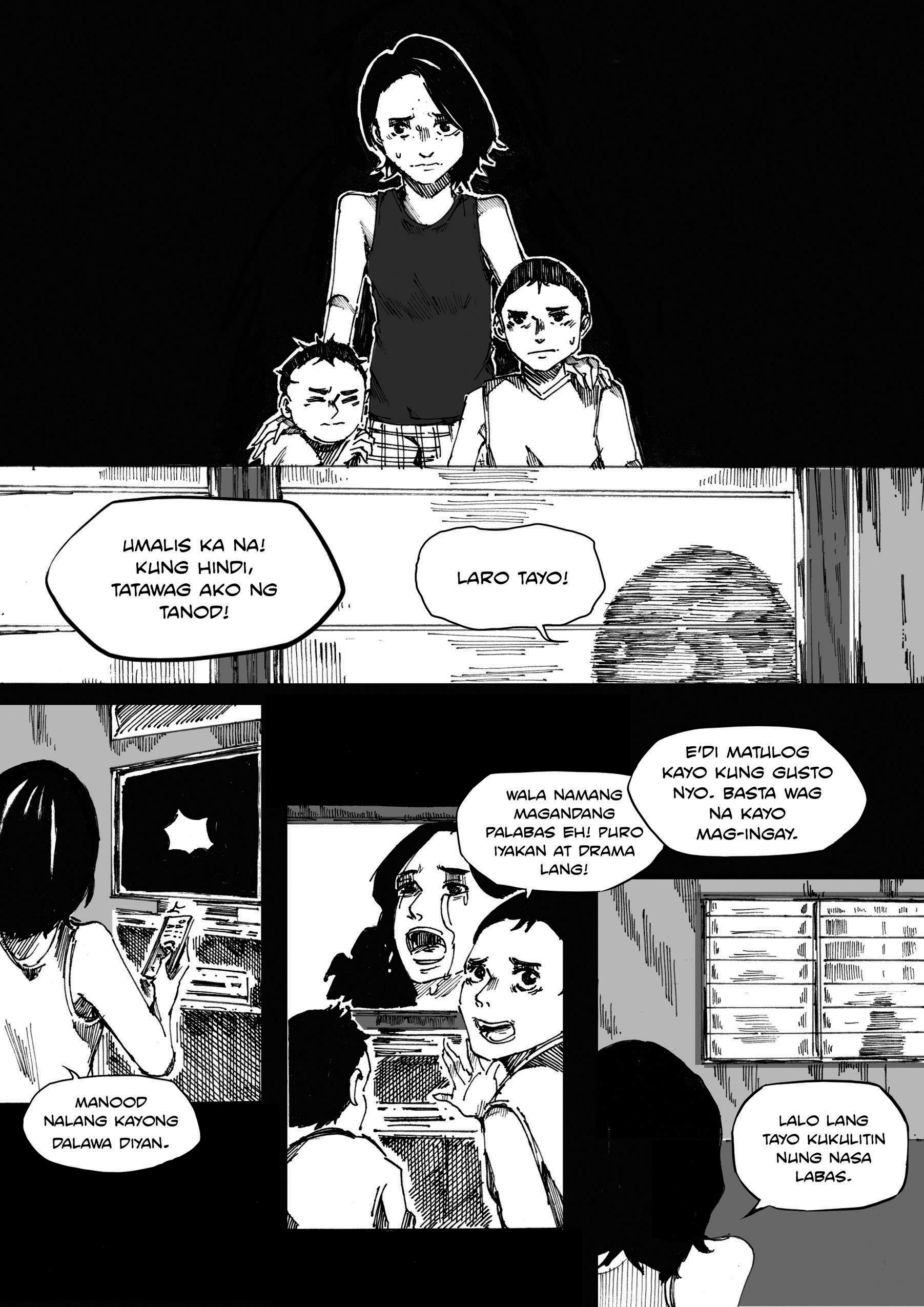 The art of the comic is also exquisite. There’s a lot of emotions to be found in the well-drawn faces of the children, and especially on the main character Nicole, whose youthful determination and despair come across well throughout the panels. There’s also this detail by the artist where the eyelids of the characters are all shaded which brings to mind both shadows and eye bags that accumulate when unable to sleep.

Even when it is presumably day-time and they presumably have neighbors nearby, the artist creates enough of a shadowy look across the house that it seems to become this lonely and isolated realm straight out of a Gothic narrative. It’s some terrifying and immersive stuff, and it also allows the reader to feel as trapped and threatened by the situation as the kids are in this scenario.

The comic ends openly, the danger still lurking around the corner. We never know if these kids survive, or what kind of monster is waiting just downstairs from the house, or why it wants them in the first place.

Biyernes Santo is a terrifying comic, one that pries into our deepest fears of the unknown and the desperation that it creates within us. The anxiety never lets up as the monster grows more powerful and vengeful as we continue to read it. It is a truly nightmarish situation, one that lingers in our minds and hearts long after the conclusion of the story.

Biyernes Santo by JP Palabon and Chocnut-san is available to read in our library.