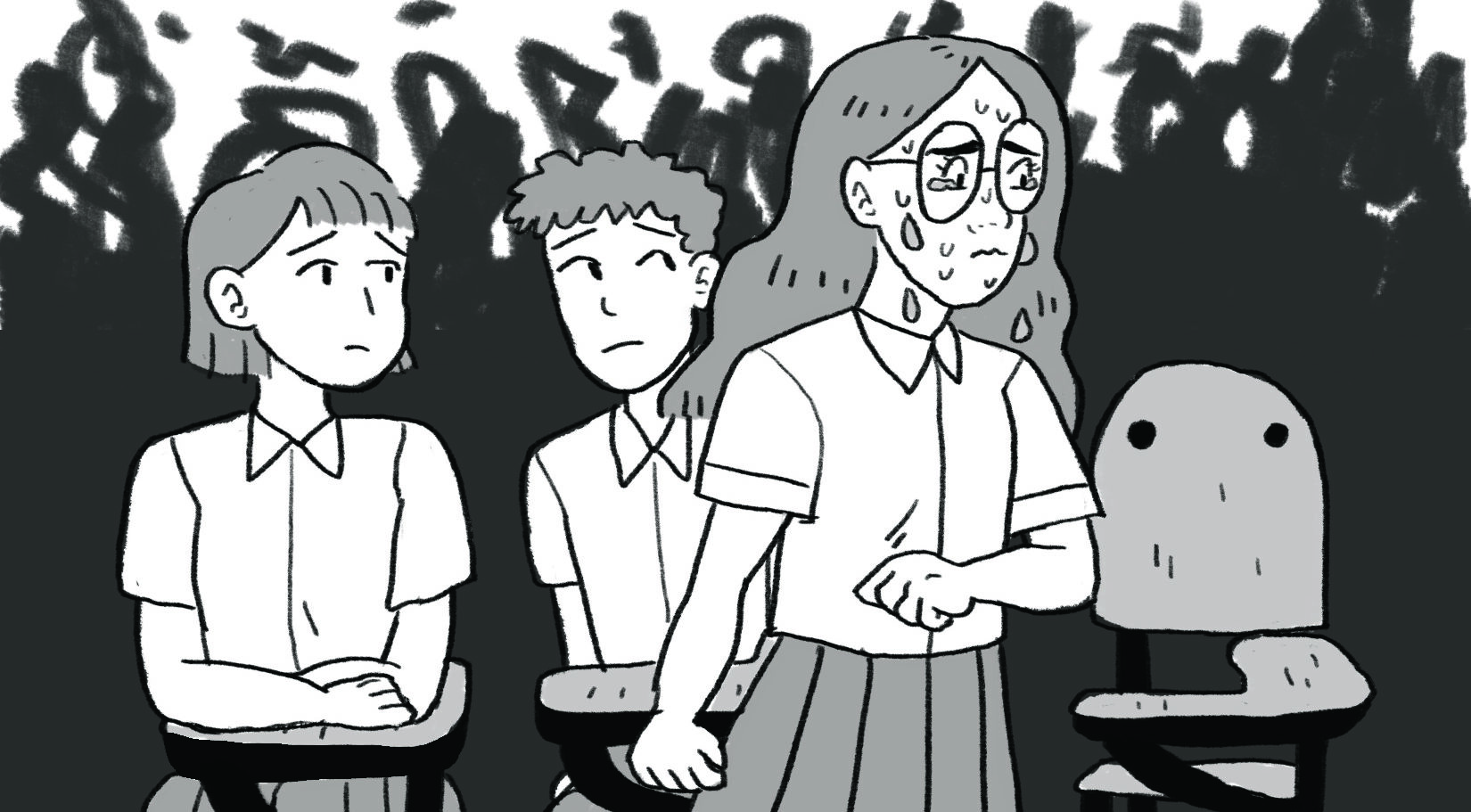 Maria Maranan’s Point, Ma’am is a high school-set comedy about Alex Cruz, a shy high schooler who joins the debate club of her school to get over her public speaking fears. With her partner Angelo Domingo, they are trained by their school debate club president Pau Reyes and her best friend Max Chua. Along the way, she starts falling in love with rival debater Rock Domingo and becomes more determined to become a great debater and public speaker. 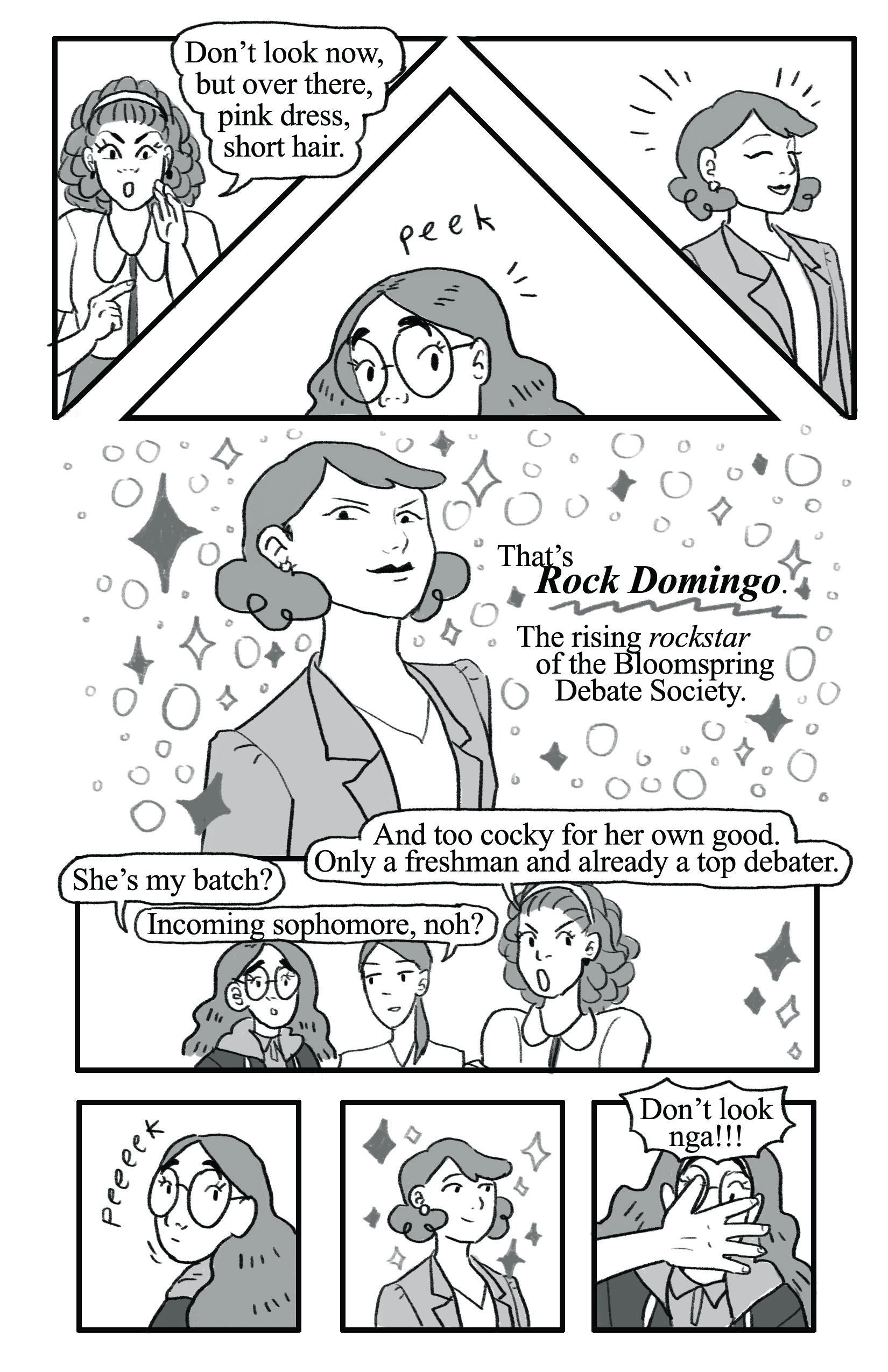 This comic is a very enjoyable read. The art has a very charming early-2000s indie webcomic feel that is very much focused on big, manga-inspired expressions and movement that telegraphs the emotions and feelings of the main characters very clearly. The simple art design lacks polish and sleekness but it helps balance the over-the-top absurdity with the more serious and melodramatic elements of the story. The worldbuilding of the comic would be harder to believe if the art didn’t help in balancing the tone.

It feels silly yet larger-than-life, making it easier to create this fully-realized, over-the-top world of competitive debating that is self-aware of the ridiculousness of debating, its beliefs, and its rituals without undermining the struggles of its main characters like Alex or Angelo Domingo.

An interesting thing about the fleshed-out world of Point, Ma’am is that it avoids the tendency of stories to mythologize or idealize specific subcultures. It does it by poking fun at the absurdity of debating itself and focusing instead on the struggles and training of Alex to get better at the act (and by extension, her own self-confidence). The character writing is especially strong, with all of the characters’ main motivations being easy to understand and continually developing in surprising but logical ways throughout the story. 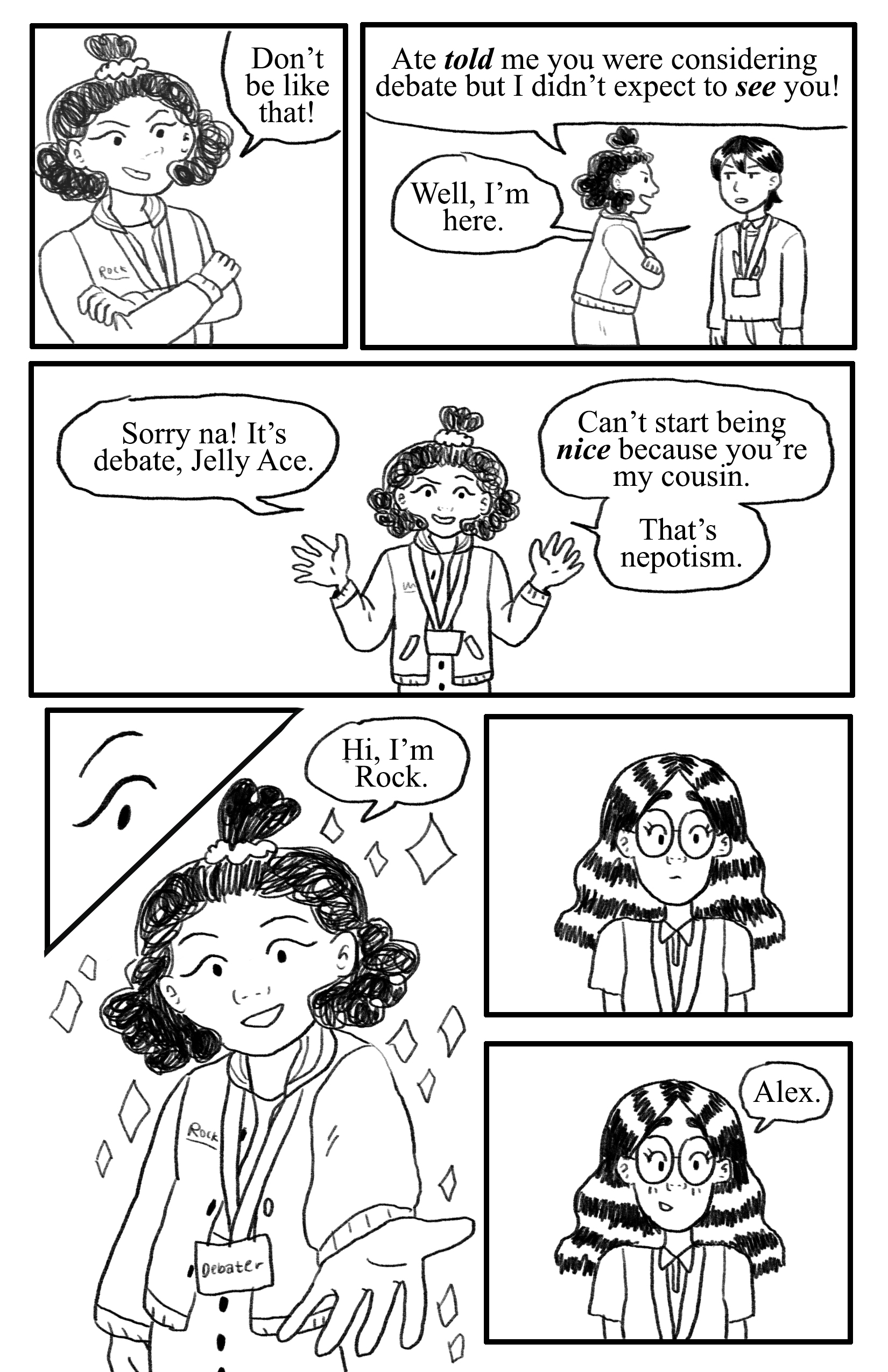 A lot of these characters only have one defining trait, yet they don’t come off as one-note because their interactions bounce off each other in interesting and funny ways, like Angelo’s theatricality contrasting nicely with Alex’s studious and shy manner, or Pau’s obsession with winning and redeeming the school debate team’s reputation with the practical, grounded view of debating that Max has. The author seems to be having a lot of fun writing these characters and their interactions down, and it makes the debating community seem a lot more fun and a lot less aggressive.

On a personal note, as a person who was once part of the same community themselves, I do find a lot of joy in the comic’s depiction of the debate community as a whole. While the experience was very rarely positive in retrospect, the comic depicts the happier, more amusing parts of debating rather accurately The comic depicts the wittiness, intensity, commitment, and seriousness that career debaters tend to have without the more toxic and annoying traits that a lot of debaters tend to internalize.

Point, Ma’am is a captivating and delightful read, reminiscent of other high school slice-of-life comics and mangas like K-On! and Haruhi Suzumiya in its art style, humor, and character work while forging forward to tell a joyful, self-aware, and ultimately affectionate love letter to the debating community. The friendships and budding romance are fun to read, and if nothing else, it is an easy and pleasurable read that intrigues with the debate set-up and hooks with the budding romance and friendships between the characters.

The first six issues are currently available on Penlab.