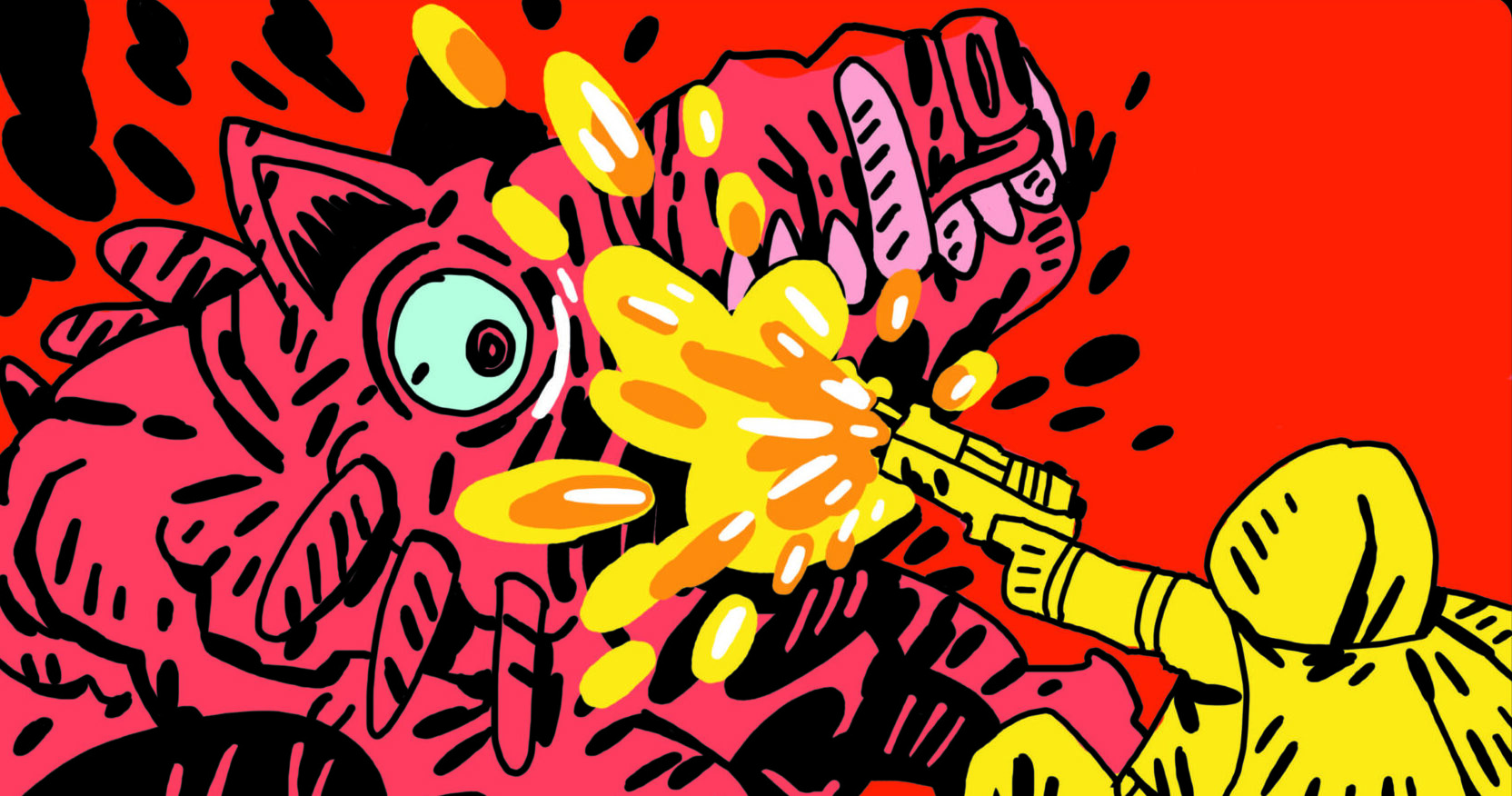 ‘The Last Days of Juan Dela Cruz’ by Vincent Lapuz takes place in a post-apocalyptic Manila where the remnants of human civilization attempt to live and get by, despite the ever-present danger of the sun about to blow up. Our main character, Nelson, and his older brother Hunter, are one of these remaining humans who navigate through the broken cityscape with danger at almost every turn. As desolate as the landscape is, the worldbuilding itself of ‘The Last Days of Juan Dela Cruz’ is full of life and the interaction between the characters draws you into the story.

The first thing that strikes you about the comic is the stunning visual art. The colors are bold and vibrant, serving as an interesting contrast from the decaying cityscape where the story takes place. It further adds to creating an alien, unfamiliar setting, adding to the post-apocalyptic feel of the story. The cityscapes are detailed and drawn to seemingly overwhelm the characters within the panels. Lapuz devotes the same amount of detail to his character designs. His style is cartoonish with their expressions detailed and no two characters looking quite the same.

The pilot issue released on Penlab effectively portrays the setting where the story takes place, and the relationship between our main characters: two brothers named Hunter and Nelson. Their characterizations are fleshed out effectively through their dialogue and interactions as they navigate the city that they call home. Nelson’s immaturity and carefree nature is contrasted against his brother’s expertise and constant vigilance. Not only that, but the story also shifts focus to the other characters in the story: a small community of people that Hunter and Nelson belong to with an interesting way of running things that I’m sure will be explored more in further issues. 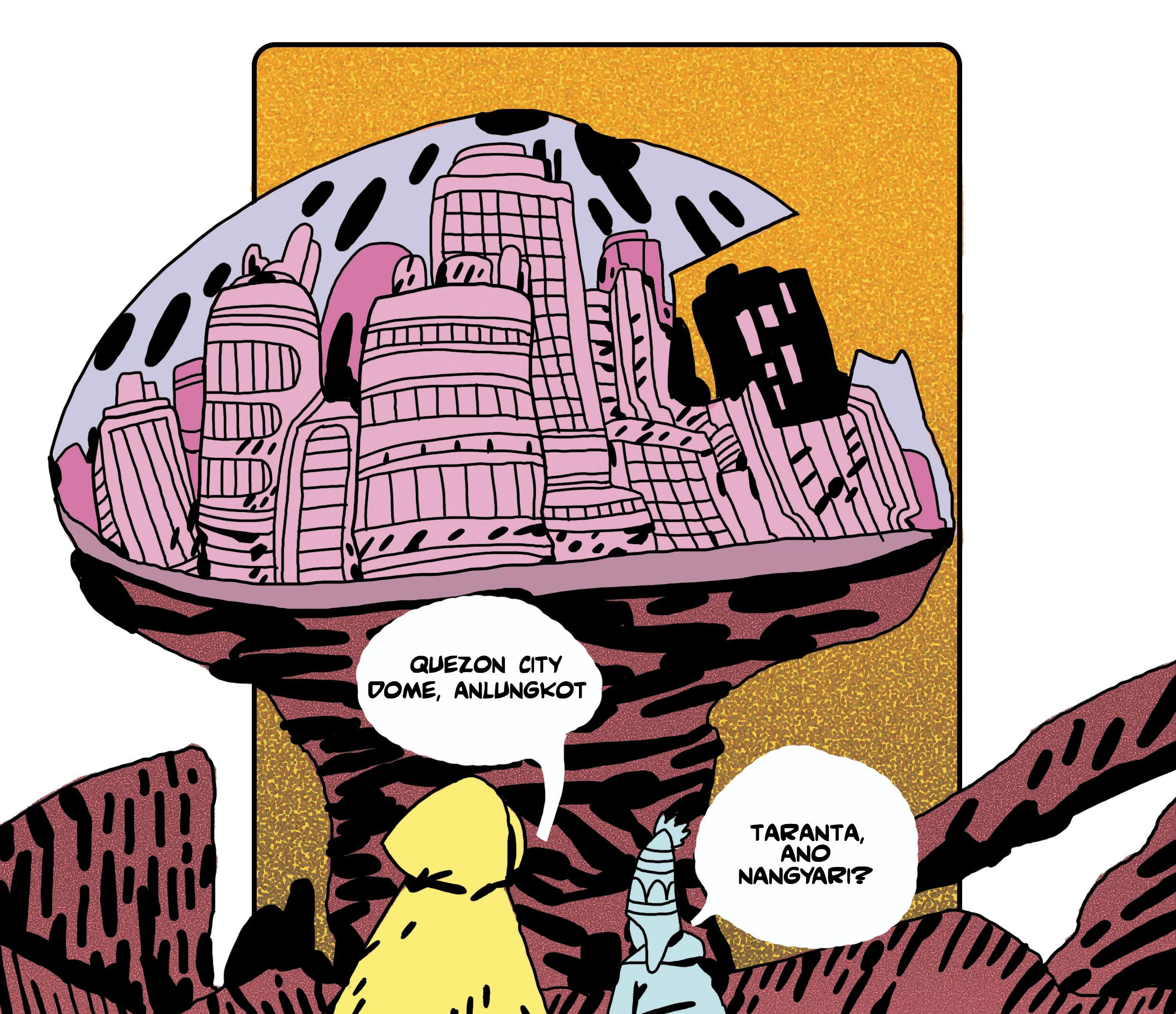 My favorite aspect about ‘The Last Days of Juan Dela Cruz’ is definitely the setting. The background story about the dying sun and the majority of the global population who left the Earth is compelling and leaves much to be discovered. As are the monsters and creatures that roam the abandoned cityscapes and either hunt or are hunted by the remaining population. I also love that Lapuz drops in small details to show the slight familiarity of the Manila setting: from the street signs to the broken-down LRT in one of the backgrounds, to even the cans of ‘Lago’ sardines in one of the abandoned convenience stores.

If you’re interested in post-apocalyptic genre komik set in Manila, I suggest giving ‘The Last Days of Juan Dela Cruz’ a read. The art style is unique, colorful, and eye-catching, and the compelling story and characters leave so much to be discovered in this world.

You can read The Last Days of Juan Dela Cruz by Vincent Lapuz in our library.

Share GRAILREADS: The Last Days of Juan Dela Cruz on