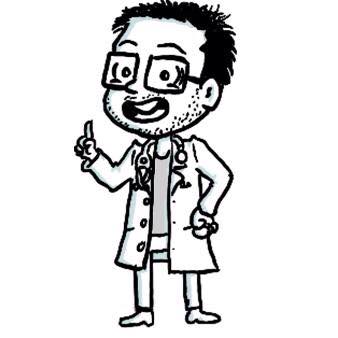 Dr. Carlo Jose “Caz” San Juan is a practicing physician, freelance voice actor, newspaper and online cartoonist, and comic book writer. His comic strip “Callous” had been published in various print media since 1996 and online since 1997. The first book collection of comic strips was published in 2010. The series was first featured in the Manila Bulletin comics pages in 2012 where it continues to be published to this day. He is co-creator and writer of “M.O.U.S.E. - Multiple Ordnance and Utility Synthetic Entity,” self-published in print and online at mousecomic.com, and “Immortal Wings,” published in print by Antarctic Press in the USA and digitally by comiXology. Dr. San Juan is a member of Samahang Kartunista ng Pilipinas (SKP). You can check out more of his work at: cartooniscaz.com.